GOA Number Sense was a KULeuven Research Project.
As part of the project, they asked us to develop a game that aimed to stimulate the development of number sense in kindergartners and elementary school children,

We designed and developed "Dudeman & Sidegirl: Operation clean world".
According to the research specification, we build a concept around repetitive tasks that had to be completed by the player, involving the counting of objects. In the game, you play as Sidegirl, the superhero sidekick of Dudeman, who sets out on a mission to heal the world and its animals from industrial pollution.

The game ran on pc and tablets, and performance of the player was logged to a database, so the data could be analysed by the researchers. 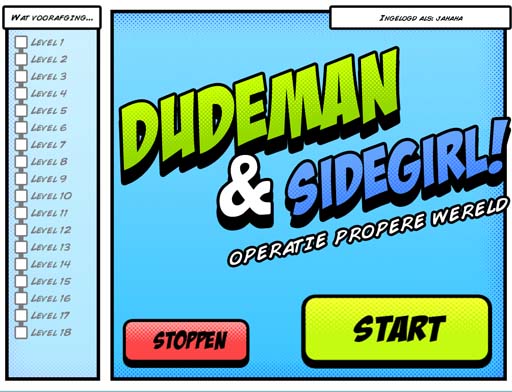 Previous Project The Box To Move
Next Project CLR